Al Mennie is one of the world’s top big wave surfers and pioneer of big wave surfing in his native Northern Ireland. He has surfed some of the worlds most notorious waves such as Mavericks off California and Aileen’s below the Cliffs of Moher in Ireland. He dedicates much of his time to searching for new waves through looking for similar characteristics and depth variations to those found at well-known big wave spots. Area 70 is one such discovery and according to Al, it has the potential to produce some of the biggest waves in the world. Needless to say, he’s staying tight-lipped about its exact location! Al was the first European ever to compete at the world tow-in surfing championships in Chile and just a few years later he took second place at the 2011 Nazare tow-in championships. With too many other achievements to list here, you can read more about Al’s surfing accolades on his own website at www.almennie.me/accolades.

Now in its third edition, Als raw and honest book ‘Surfing Mennie Waves’ tells of his life story, from the nine-year-old kid learning to surf Castlerock on the North Coast of Northern Ireland to becoming a respected member of the big wave surfing elite, touching on both the adrenaline-fueled highs and death-defying lows of his career. Below is a little taster from his book:

“As I started to go down it, the wave didn’t seem anything too out of the ordinary. OK, if you are a non-surfer then maybe this whole thing is a bit out of the ordinary but I mean it didn’t appear to be the biggest bomb of the day or anything. I was about halfway down it when I began to see the boils in the wave starting to pour up from the rock ledge. I was gathering speed as I was trying to work out whether they were going to get in the way of my bottom turn and take me out. Then, as I looked back along the line, I could see that the wave was starting to bend around on the reef. It looked like it was closing in on me. By this stage, I was more than two-thirds of the way down it. I then realised I didn’t have time to put in a bottom turn or the speed to make it back up the face, so I chose a higher trim line to try and ride the wave out to the channel through the tube. I glanced again at the boils: they were getting closer by the second and the surface more disturbed looking. The lip of the wave began to feather way above me as I looked along the line. I then looked up over my right shoulder. This is pretty unusual to do, as most of the time I am so focused on making the wave that I really only look in one direction. I must have subconsciously already admitted defeat. As I looked up over my shoulder I could see a cartoon sized wave towering above me with its lip already white capped and throwing out over me. It all happened in slow motion for me. I then looked back to the other side and it was doing the same there, too. In front of me, the boils were surging and the reef draining and ledging as the wave drew the water off it. I actually remember thinking, ‘I don’t know what to do!’ I had two options: a) jump off and try and penetrate the surface before I got hit square by a wave bigger than a house and avoid getting my ankles broken as I got smashed through my board, or b) straighten my board out and try and outrun the lip before it landed, in the hope that I clear it and get in front of it, a bit like when Indiana Jones sneaks out under a slamming cave door just in the nick of time. I knew the second option was a long shot, as the wave had already pitched and I was well beneath it. I stepped out of my straps to the left side of the board, just before impact. The wave tubed right on to me. BOOM! The wave exploded.”

For more from the man himself, read this insightful Q&A with Al about surfing and his book, published by Limitless Pursuits in 2015.

In His Own Words

In 2015 Channel 4 released a short series called “Man vs. Wave” documenting Al’s quest to find, surf and record some of the biggest waves in the world, off the coast of Ireland. Comprising of interviews with Al and his team as well as experts in wave analysis, the series provides an eye-opening look into the sport of big wave surfing.

Gecko Head Gear have been sponsoring Al since 2010, providing protective head gear for him and his tow partner. Al wears a firestarter surf helmet, which he has accredited to having saved his life:

“A Gecko fiberglass helmet saved me in a wipe-out on a 40 foot wave at Mullaghmore Head, Ireland. This resulted in a visit to the local A&E with a concussion, without the helmet who knows what may have happened..”

Constructed with a fibreglass shell for extreme durability and a grooved design to provide an excellent strength to weight ratio, the Gecko surf lid is the perfect partner for anyone pushing the limits in a marine environment. The Gecko surf helmet will protect the wearer from crashes up to speeds of 18km per hour, which, unbelievably, are the speeds that Al reaches when surfing big waves. This year Al is wearing an orange and yellow marble effect surf lid.

In this interview Al talks about surfing, safety and wearing a helmet – the introduction is in French but the interview is in English. 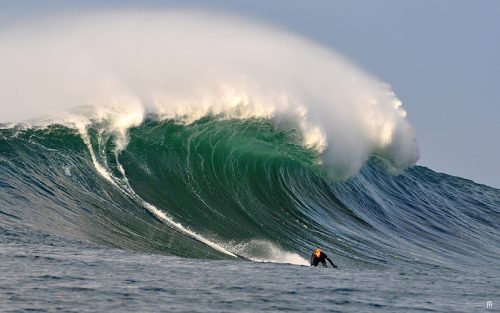 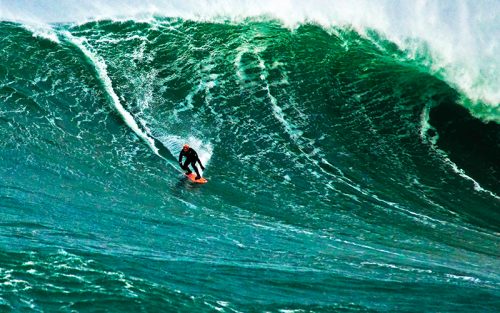 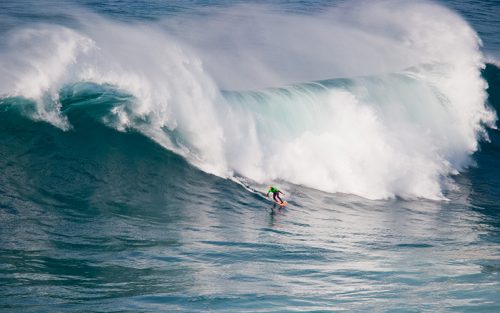 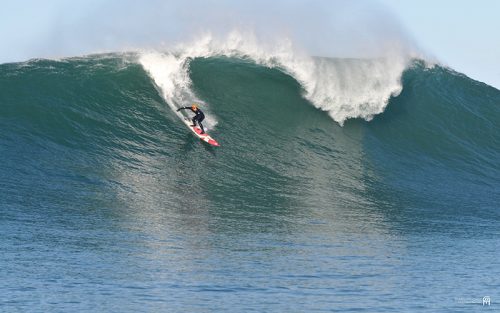 We are currently in the middle of re-building the website. As a result no online orders will be made. Please contact us directly to continue if you would like to make an order. Dismiss